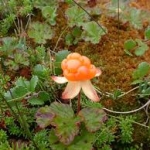 Concept: Migration as a life experience is a rich theme in this multimedia storytelling project, which records culinary practices associated with cloudberries. This wild berry has been an important staple in local diets for several centuries. Cloudberries and cod sustained Basque, French and British settlers, as they have First Nations populations for millennia. Industrial fishing has decimated fish stocks, while wild berries are being developed for export and to keep locals from emigrating.

Concept: Morphing Faces is an A/V piece exploring how senses of (not) belonging to place relate to identity constructions and how transnational movement and global communication transform these perceptions. It engages with the differing scales of personal communication (person-to-person expression/interpretation) and more categorised or impersonal forms of representation (the individual is rendered invisible in favour of homogenised masses).

These dynamics are translated into two narratives. The first emphasises personal relationality, the second stresses social distance generated by representations of masses. To emphasise their dialectic relationship – it is impossible to separate the individual from the collective – these narratives will be presented within each other. The content of the narratives will be distilled from interviews. The interviewees are people who have migrated from their home countries for various reasons and who can be associated with different categories of social analysis.

Concept: The project blends real life & pervasive media to give tangible expression to the dimension of an invisible reality: that of undocumented migrant bodies performing domestic work. Immigrant household workers will have their burnt energy digitally stored via wearable technologies. Elsewhere, simultaneously, this energy will be transferred to power the lighting system. Public or placed in galleries, this lighting system will solely rely on the work of the domestics. When they stop, it is blackout.

Concept: This video weaves together footage from Vancouver’s east end of 3 Italian-Canadian queers talking about their strict Catholic upbringings (eg; expectations to marry), a personal essay about the characteristics I inherited from my immigrant father, and an interview with my Nonna about her experiences coming to Canada from Italy after WWII. Different perspectives on the multi-generational effects of uprooting are presented through a multi-genre collage of video, old photos and voice-over. 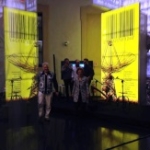 Concept: Osmosis/Migrations is a series of live-coding performances coupled with an interactive installation based on a sound samples from diverse cultural environments, informed by ethnomusicological research. It employs content-tagging and sound-feature extraction for the creation of semantic networks enabling alternate \”readings\” of the sonic material. Additionally, a dedicated website allows exploration of the sound networks and the input of new material from the users on mobile devices.

Concept: Transitions in Progress is a bike-powered mobile lab – the TiP lab –, an online archive and an exhibition, which engage with the city’s structure and its multiple protagonists through an in vivo, bottom-up approach. Drawing on Toronto’s socio-historical, natural and urban transformations, this project explores the city through the relationships between human and non-human, official histories and personal memories, 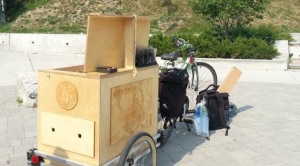 traditional mapping and collective cartographies, by collecting real time testimonies from its residents. By interpreting the city as a dynamic ecosystem, Transitions in Progress aims to evoke the affective geographies that permeate the city, drawing attention to the flows of settlement and displacement that in/visibly stratify its appearance beyond the marginalizing logic of real estate and market economies. In this way it seeks to tell a pluralized story of its ecological complexity, calling attention to the intricate layers of plant, animal, indigenous and migrant resilience, which big data and fancy infographics often hide under a patina of rhetoric, formality, and scientific accuracy.

Learn more about this project and artists: http://www.space-for-place.ca/

Between September 1st and September 12 the TiP lab stopped in 4 different neighborhoods along Queen Street, collecting stories, objects and specimens from residents and passers-by. Click on the link to read more about who we met and what we experienced:

Concept: The acclaimed JUNO & Canadian Folk Music Award winning “World Music Project”, Dominic Mancuso Group, is comprised of some of Canada’s most forward thinking musicians, from different parts of the globe. Their artistic explorations offer new insights to more traditional approaches to Canadian multiculturalism. In fact, his follow up recording, Sub Urban Gypsy, opens up new forms of dialogue, facilitating the understanding of cultural diversity and a Global culture.